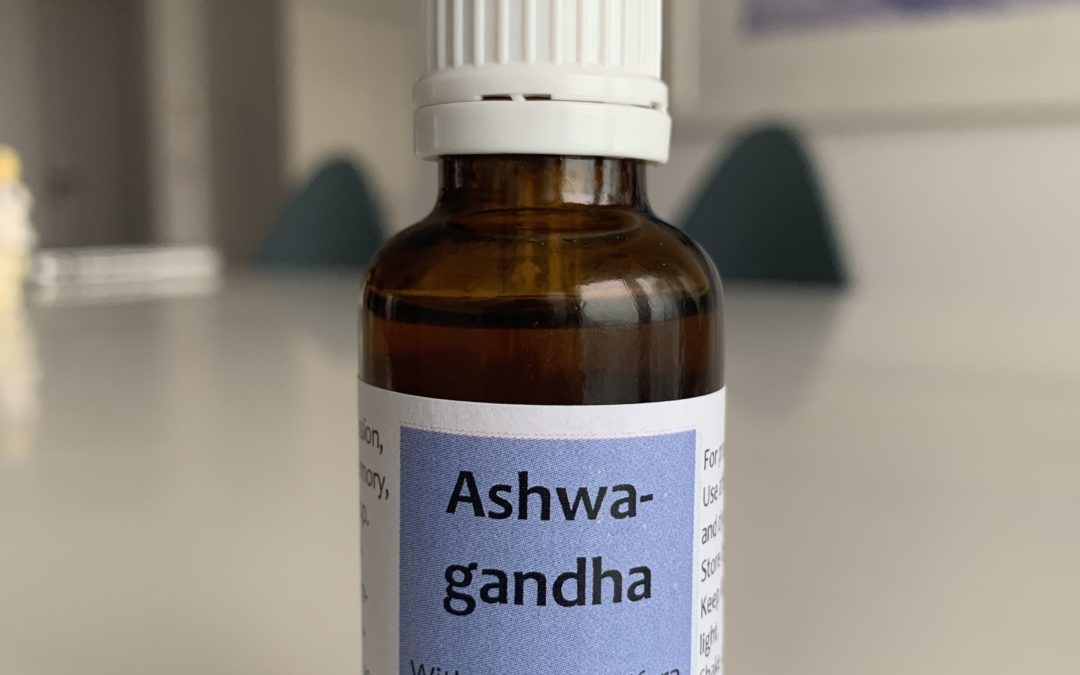 Homeobotanical’s which, I regularly prescribe to my patients has expanded its range and I’m quite excited because one of the new additions is Ashwaganda. Ashwagandha is a herb that has been used in Ayurvedic medicine for thousands of years. It is considered to be an adaptogen, meaning that it promotes balance in many different systems of the body. It has been extensively studied over its four millennia of use. Its mainly addresses stress/anxiety, energy production, Joint pain, sleep and hormones as well as boosting immunity and supporting the thyroid. Quite frankly what modern day working women doesn’t need this herb.

It helps to reduce stress levels. It can promote a sense of calm by regulating corstisol levels and the healthy inflammatory processes that are stimulated in the response to stress. It supports healthy nervous system function by providing antioxidant support and naturally supporting the pathways in the brain for Gamma-aminobutyric acid (GABA), a neurotransmitter that’s responsible for sustaining calmness.

Ashwagandha supports a calm and stable mood because it helps regulate natural cortisol rhythm, so it has traditionally been used as a supplement for people coping with adrenal fatigue.

Ashwagandha may be able to help those with low thyroid function. A study on people with bipolar disorder noticed that the Ashwagandha supplements given to participants affected their thyroid levels, even though that’s not what the study was intended for. Supplementing with Ashwagandha for eight weeks improved blood levels of TSH, T3, and T4 in patients with subclinical hypothyroidism. Researchers hypothesised that may have something to do with the relationship between TSH and cortisol levels.

It’s worth noting that Ashwaghanda should be used as a supplement for Hyperthyroidism or Hashimoto’s Disease. As Ashwagandha works on stimulating the production of TSH it could make Hyperthyroid symptoms worse. As it stimulates the immune system, and Hashimoto’s is an autoimmune disease, it can also make the symptoms of Hashimoto’s worse.

Ashwagandha increases energy levels and can make you feel more alive and alert. If you do a lot of exercise, Ashwagandha can also help to improve endurance by increasing lung capacity.

The body produces cortisol from the same precursors used to make reproductive hormones, and, under stress, the body will preferably produce cortisol instead of testosterone, estrogen, and progesterone. As Ashwagandha is such a great cortisol balancer, hormone health is improved and so is fertility

Shown in studies Ashwagandha to support occasional joint pain, stiffness, swelling, and discomfort in healthy men and women due to normal wear and tear.

Known for its grounding and recuperative properties, several studies have shown that Ashwagandha supports healthy sleep.

Ayurvedic practitioners have long believed that Ashwagandha is one of the most powerful herbs for supporting the immune-system and fighting inflammation.

One study noted that Ashwagandha offered antioxidant support to the heart, which could potentially help protect it against free radicals in the blood.

Ashwagandha may potentially provide anti-inflammatory benefits that make it easier for the heart to work efficiently.