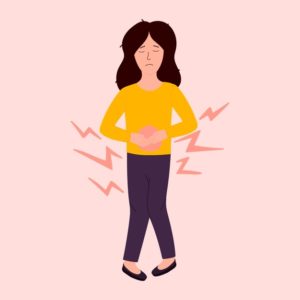 A patient came to see me recently after testing positively for H.pylori. She had been feeling ill for several months with symptoms of an ache and tight pain in her stomach and would feel worse after eating certain foods such as heavy, salty or fatty foods. She was better just eating very simple foods.

H. pylori is a gram-negative bacterium that causes chronic inflammation (infection) in the stomach and duodenum, and is a common cause of stomach ulcers. It is contracted by consuming food or water that has been contaminated. H.pylori causes chronic inflammation by invading the lining of the stomach and producing a cytotoxin which can then lead to an ulcer formation. 90% of people who have Stomach ulcers have tested positive for H.pylori. If H.Pylori is not treated it can lead to forms of cancer so it is vital that it is treated.

It’s estimated that over 50% of the world’s population have H.pylori bacterium in their bodies. For most people, H. Pylori doesn’t cause any symptoms. But for those who do, the symptoms can include:

Treatment  for H.Pylori with conventional medicine usually involves a patient being given two or more antibiotics together because of antibiotic resistance.

Unfortunately, even a single course of antibiotics can permanently alter the gut flora. This is because antibiotics not only kill the bad bacteria but the good bacteria too, leading to candida overgrowth and conditions such as thrush, tiredness and fatigue, urinary tract infections, digestive issues, sinus infections and joint pain. In this case the patient was advised by her G.P. that she may have to be on antibiotics for up to 6 months.

I took a detailed case and prescribed a remedy, not just on the patients physical symptoms but her mental and emotional picture too. This lead me to the remedy Arsenicum Alb. Arsenicum alb has a great affinity with stomach issues, particularly when they are caused by ingesting something toxic, or poisonous. Physical symptoms are often matched by the patient being anxious about things, particularly about their health and can often fear the worse in any situation. They can also be very fastidious about tidiness and order.

When the patient returned four weeks later, she was feeling much better and her symptoms had gone.  A few days later, she contacted me to say that a few of her symptoms had returned but they were much more mild now. I repeated the remedy in a higher dose. I contacted her four weeks later to be told that shortly after taking the repeated remedies she had returned to feeling well. She had also visited her G.P had another test for the H. pylori which had come back negative.  This example shows and quick, safe and effective homeopathy can be in treating H.pylori.