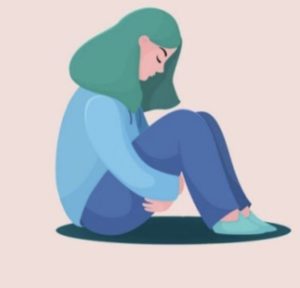 I recently treated a patient who came to see me for help with depression and menopause symptoms.
She was the mother of two children who were being quite challenging for various reasons and she was finding it very hard to cope, particularly in winter when her depression became worse. She found it hard to connect with children and partner and she was becoming distant and detached. She felt sad all the time and felt like she was in a tunnel. There are many remedies that are effective in treating depression, such as Aurum and Carcnosin depending on how the patient is feeling. What struck me about this patient was she kept using the word “support”.

How she needed it in coping with her children. How in winter her support network fell away and how much this affected her. I decided to give her the remedy Bambusa, which is not a very common remedy. In fact if you look in the homeopathic repertory under depression, nearly 500 remedies would be listed and Bambusa isn’t one of them. If you look up the remedy Bambusa, it describes the picture of someone overwhelmed by stress and not being able to handle things anymore, particularly family life. Someone overwhelmed by sadness with apathy and indifference to everything. A key feature of Bambusa is having many or big responsibilities but feeling unsupported and therefore unable to cope.

I also gave her Sepia for hot flushes caused by the menopause, to take a week after beginning the Bambusa, so I could see how much the Bambusa had worked. When I saw her 4 weeks later, she said that her mood had lifted, straight after taking the Bambusa. She was able to engage with her children and partner much more and the whole family dynamic had changed as a result of her feeling better. She no longer felt like she was in a tunnel. After taking the Sepia, her hot flushes began to reduce too. I continued with the Sepia but stopped the Bambusa, as I could see that just one prescription had done its job.

Depression is a huge health issue in our modern society with many people prescribed anti-depressants, which they are told they will have to stay on for the rest of their lives. Homeopathy doesn’t control the symptoms of depression but clears them for good.
Homeopathy is an individualised form of medicine, which is why it is so hard to prove in clinical, randomised controlled trials. When the correct remedy is selected that matches that person’s symptom, either physically or mentally, a rapid and effective change can occur.
Contact me for a free 15min consultation to find out how the correct remedy can help you return to health.