In November after about 10 years being in Perimenopause (and all the lovely things that entailed) I finally began Menopause. Almost immediately I began having hot flushes, my sleep became very interrupted (one night I was awake more than I was asleep) and I developed lower back pain in the morning.

Around that time I met several women who were on HRT because they couldn’t stand the hot flushes and lack of sleep and I could absolutely see why. One morning I even woke up with a really weird dry chin that felt like it belonged on an old witch and not on my face, it felt so alien and appeared so out of the blue.

After taking the Homeopathic remedy Kali Sulph, things really began to improve. There isn’t much written on Kali sulph. It is known for being similar to the remedy Pulsatilla and that it is an excellent skin remedy, especially for eczema and psoriasis. One of the key mental and emotional aspects of Kali Sulph, that I found interesting as a Homeopath, was that they want to offer help, especially to the sick. And they enjoy it very much when the other person feels better for it. So this was probably one of the reasons why this remedy fitted me so well. Another menopause remedy that had a different mental and emotional picture probably wouldn’t have worked so well for me. That is how homeopathy works and why it’s practice is considered an art not a science.

Almost immediately my symptoms began to improve. The dry chin disappeared overnight as did my back pain. My sleep began to improve. Although I did invest in an amazing weighted blanket at the same time, which I think contributed a lot too. Finally the hot flushes began to lessen until they finally completely petered out about after about four weeks. I also think this remedy worked on other levels too. Despite being in lockdown my general mood is very good considering the circumstances.

I now love being in menopause because the symptoms associated with it have completely gone and I no longer have to deal with periods. Especially having to constantly navigate the challenges that were thrown up by perimenopause. I dread to think how I would have dealt with these symptoms if I hadn’t had homeopathic treatment.

Coincidentally I also use Kali Sulph in my Puraka eye cream with remedies Nat Phos and Calc Phos, because these remedies, when combined, can actually produce new skin cells. Maybe that’s also why my skin feels so good at the moment. This remarkable little remedy has strengthened my belief in Homeopathy and how powerful it can be. Enabling me to live a life free of imposing, inconvenient symptoms and prescription medication. 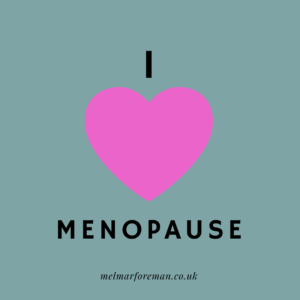